In collaboration with other creatives, I hone the words that make great things—articles, books, catalogues, and more. My ideal work combines research, creative storytelling, and the arts, generously defined.

Personal challenge for 2020: I bought books like my life depended on it.

Personal challenge for 2019: Reviewed my favorite books of the year. (All reviews available on Cannonball Read, benefiting the American Cancer Society.) 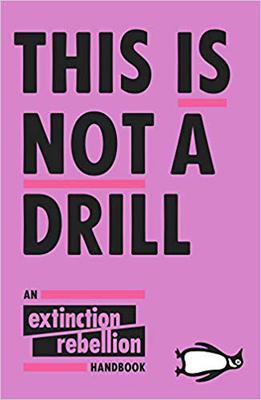 BOOK REVIEW: Let Your Life Be a Counter Friction to Stop the Machine

Welcome to the Anthropocene era, the fossil fuel-powered nightmare of our own making. Our hot and crowded planet has hit Defcon 3. Right now, a record number of fires is burning down the Brazilian rainforest, threatening three million endemic plant and animal species. Mass bleaching in the heat-stressed Great Barrier Reef has reduced baby coral by 89% since 2016. Okjökull is the first (but not the last) glacier to disappear from Iceland. Last month Paris hit 109º, the hottest temperature ever recorded in the city, which is at the same latitude as Seattle. 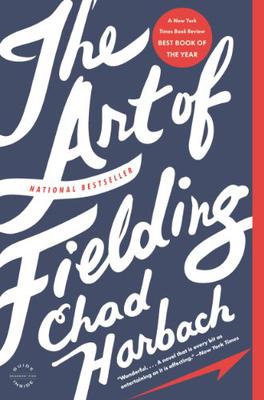 Football is the quintessential American sport. Two disciplined armies meet out on an open field. Highly trained men in uniform wallop the enemy, denying them ground. Our super soldiers bash their brains in—and sometimes break their necks—for our entertainment. And we cheer. Because who doesn’t love a proxy war? It’s tribal. Downright primal. Are you entertained?! *checks notes* Pardon. Apparently, baseball is America’s game. 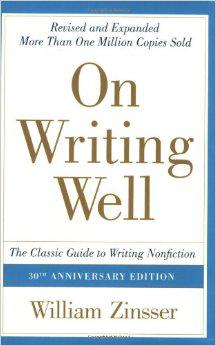 BOOK REVIEW: The Elements of Style: The Sequel

A professor once threatened to boot me from his course for my crimes against the English language. My breezy essays were careless, inexact, perhaps even terrible. In his mercy Dr. Wright —a white-haired taskmaster in tweed jackets who frequently referenced “the war” (World War II)—gave me some advice: “Read Strunk and White every morning while eating your Wheaties.” If William Strunk and E.B. White’s The Elements of Style is the life vest keeping your head above water, William Zissner’s On Writing Well is the Coast Guard. 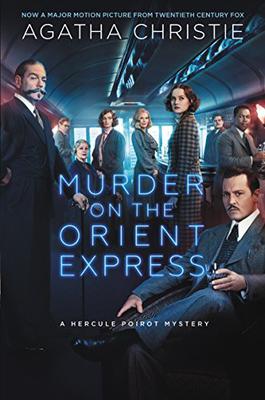 If I had to pick my poison, I would go with Belgian detective Hercule Poirot, he of glorious mustache and elegant mind. His interview skills and nose for detail are bar none. Like Holmes he has a bit of a reputation and takes joy in the specificity of his job. His considers psychological profiles and creates timelines. Eliminate the impossible and what’s left must be the truth. Not that Miss Marple is some slouch. Though she’s scatterbrained in her dotage she retains a flair for investigation and a refined sense of evil. She’ll mistrust a person on sight and then discreetly sniff around to determine why. Mysteries have a way of finding Miss Marple, in the same way dead bodies found Jessica Fletcher on Murder, She Wrote. 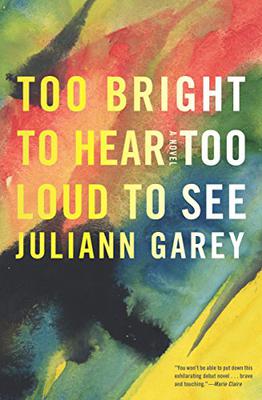 Our man Greyson, a successful Hollywood executive with a wife and an eight-year-old daughter, has an undiagnosed mental illness. It’s an unescapable, nameless issue that dictates more and more of his life. Sometimes it’s a boon to his career, boosting his confidence and energy. Other times, he retreats from the world and self-medicates while his spouse covers for him. At the top of his game, Grey knows the only way left for him is down. His bitter memories of his mercurial and pathetic father drive him to abandon his family before he destroys it. He will become a nomad with no ties, someone incapable of hurting anybody but himself. 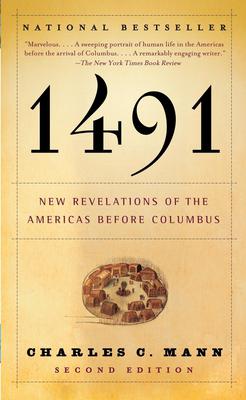 After watching John Leguizamo’s Netflix special Latin History for Morons, I felt a duty to learn more about the Hemisphere in which I live. I started with Mr. Leguizamo’s strongest recommendation: 1491, a 560-page tome with multiple appendices. The author isn’t a historian or archaeologist but a journalist who synthesizes all manner of information and makes it accessible. The result is so compelling, so dense and riddled with shocks big and small that I suspended my usual speed-reading. Unexamined assumptions that I wasn’t even aware of holding were upended right and left. The first book to leave me similarly dumbfounded is Lies My Teachers Told Me: Everything Your American History Textbook Got Wrong. The difference is that 1491 covers two continents and more than 10,000 years. 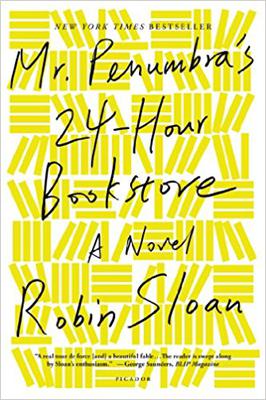 BOOK REVIEW: I Have Always Imagined that Paradise Will Be a Kind of Library

Have you ever felt that a book was written just for you? Mr. Penumbra’s 24-Hour Bookstore is my Platonic ideal: a novel by an Elder Millennial, set in an alternate San Francisco Bay Area populated by talented, curious people, weird-but-plausible technologies, and endless shelves of books. By the time I discovered the in-story trilogy of fantasy novels and the credible centuries-old secret society, I committed to becoming a Sloan completist. 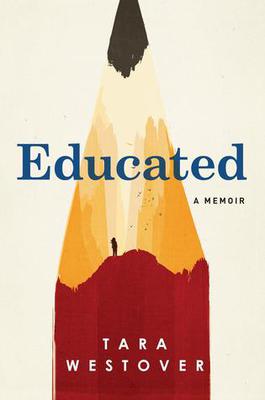 BOOK REVIEW: In Rural Idaho, No One Can Hear You Scream

FEATURED review on Pajiba.com and CannonballRead.com | In the category Genres I Like to Read, memoir and horror tie for dead last. (Elizabeth Gilbert is a shameless exhibitionist. Fight me.) However, when a book makes all the “Best of the Year” lists, I feel obligated to give it the old Amazon 1-Click. In the mountains of Idaho, Tara is the last child of a devout Mormon couple—so devout that their youngest children have no birth certificates, have never been to school, and do not go to the doctor, not even for grievous injury. 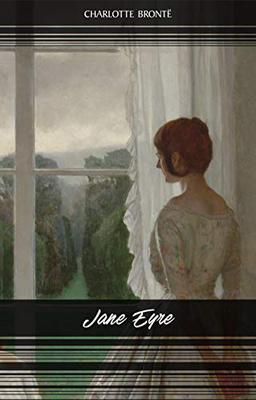 BOOK REVIEW: The Original YA Novel: Classic for a Reason

Strong and sensitive Jane Eyre is the progenitoress of Anne of Green Gables, Meg Murray, Lyra Belacqua, and Katniss Everdeen. Unlike any English novel prior to 1847, the story happens *inside* a young woman’s mind, giving the reader direct access to her thoughts, emotions, and observations. (The book couldn’t exist otherwise: her actions are usually unremarkable and the world finds her inscrutable.) Brontë alchemizes her life experiences into semi-autobiographical prose and clearly relishes playing with her young doppelgänger. 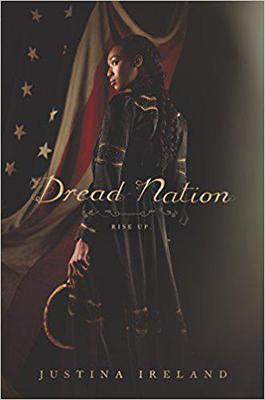 Yes, we might be living in the darkest timeline—or the dumbest, hard to tell. But be glad that you’re not our girl Jane, who contends with cruel racism and incompetence while also decapitating hungry “shamblers,” the reanimated corpses of the Gettysburg fallen and any poor soul bitten thereafter. Some years ago, the paddy wagon plucked Jane McKeene from her home at Rose Hill plantation so that she might learn the finer points of combat and decorum at Miss Preston’s, Baltimore’s finest school for Negro girls. She and her classmates train hard for the chance to become an Attendant—bodyguard and chastity shield—to wealthy white women who fear the wrong sort of attention from the undead and the ungallant. 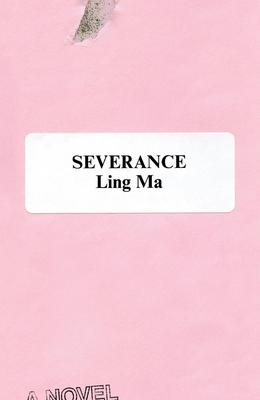 BOOK REVIEW: These Virtues are Formed in Man by His Doing the Actions

Narrator Candace, a second generation Chinese immigrant, is outwardly calm and efficient as she goes about her unflashy life in New York City. She works a decent publishing job that she knows to be meaningless and mediocre. She lazily falls into a romantic relationship with a nice-enough neighbor. She ruminates at length about her parents and whether she has earned their sacrifices. Her one tepid passion is for photography, which she pursues whole-heartedly only once the city is empty and desolate.
Close ✕